After 18 months of invested time and work Cllr. Selleck has good news regarding illegal moorings in the Thames. The Enviroment Agency are still proceeding with a County Court possession action on 21st July 2016, concerning the unauthorised mooring of boats on land belonging to The Environment Agency, upstream of Teddington Lock and upstream of Molesey Lock.

On Monday 11 April, 2 defendants vacated the land removing a total of 3 boats. On Wednesday 13 April, the EA exercised their powers under Section 67 Thames Conservancy Act 1932, and removed a total of 10 unauthorised structures (scaffold poles) to which the defendants had moored their boats.

The EA are continuing to monitor the remaining trespassing boats, to ensure that suspended Consent Orders, which were issued by Kingston County Court on 22 February, are complied with when the relevant suspension periods terminate. 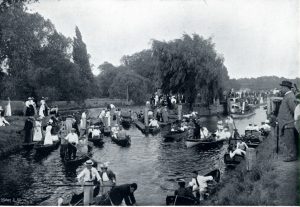