Two Newton-Huxley boards that were placed at Croft Court and  Newton-Huxley and Tudor & Co. boards placed on the electric substation nearby.  After the MRA made the Planning department aware at Elmbridge Council both agencies were advised that these were illegal and requested to remove them.  A subsequent visit by the Planning officers has confirmed that the boards have been removed. 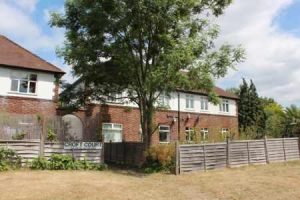